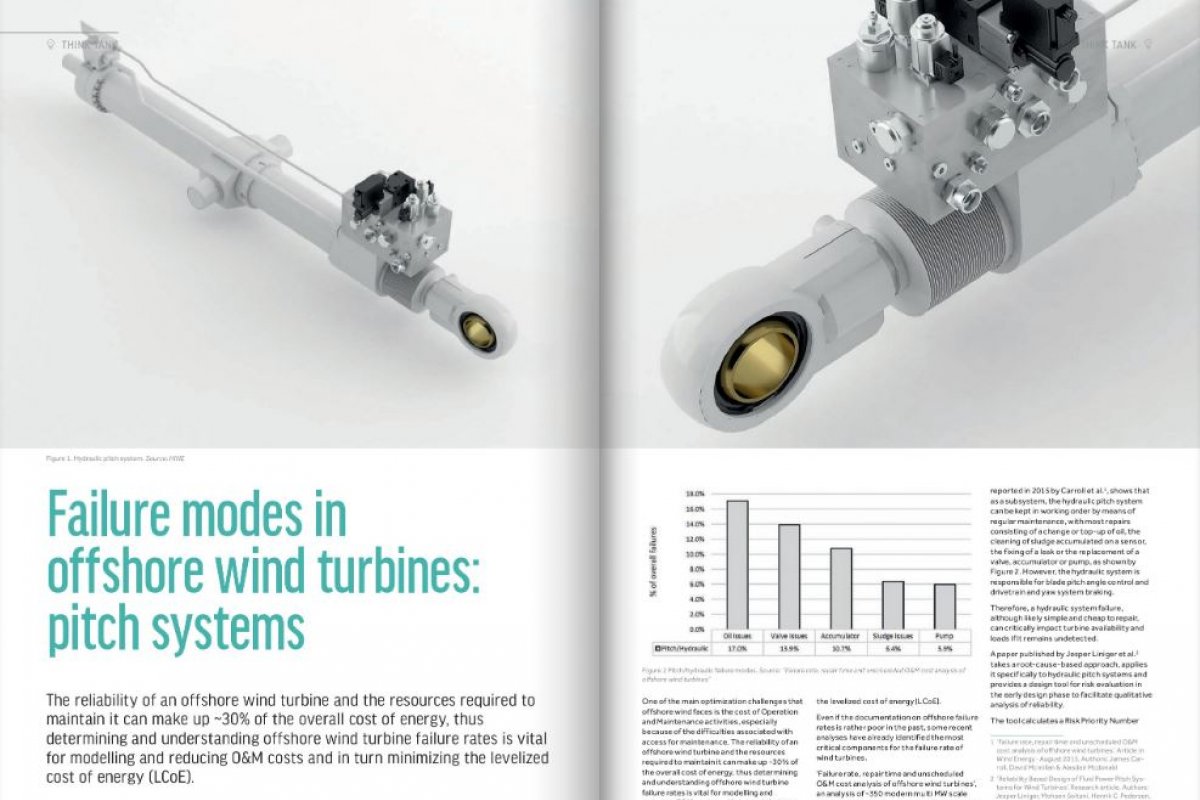 One of the main optimization challenges that offshore wind faces is the cost of Operation and Maintenance activities, especially because of the difficulties associated with access for maintenance. The reliability of an offshore wind turbine and the resources required to maintain it can make up ~30% of the overall cost of energy, thus determining and understanding offshore wind turbine failure rates is vital for modelling and reducing O&M costs and in turn minimizing the levelized cost of energy (LCoE).

The relevance of the hydraulic pitch system in the reliability of the wind turbines, pushed DOCC-OFF project partners to design a data monitoring and analysis system to increase the probability of detection of the critical failure modes. Reducing the probability of not detecting the failure in time will also reduce the RPN, whereby the component will be less critical.

DOCC-OFF is an EU-funded project, in which 4 companies from Spain and Belgium are working to outline a condition monitoring strategy which may reduce the impact of some hydraulic pitch system failure modes on the wind turbine´s design load cases.

In that sense, the consortium will be devoted to identifying otherwise critical failure modes on the hydraulic pitch subsystem which may be made non-critical, or whose criticality may be reduced, via condition monitoring, and to develop a digital platform to capture and manage the operating data to detect and predict the identified failure modes in time.

The experiences and developments acquired in the monitoring of the failure modes in a specific subsystem can be applied to other critical subsystems of wind turbines, positioning DOCC-OFF as a best-practice that can be replicated and scaled up to other systems within the wind turbine.