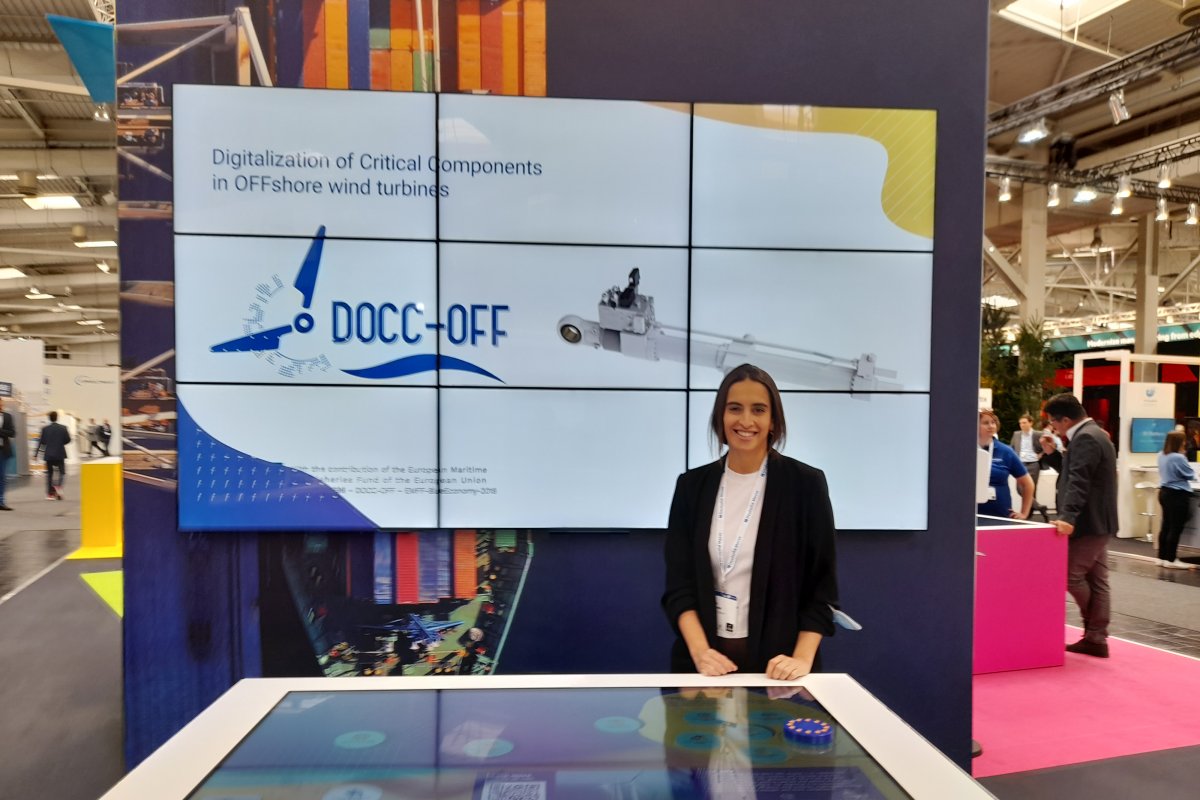 The Basque Energy Cluster presents "DOCC-OFF" project as a success story at the European Commission stand during the Hannover Messe 2022.

The European Commission (EC) proposed to the Basque Energy Cluster Association (ACE), as leader of the project, to present DOCC-OFF at the EC stand, as a success story and an example of collaboration in the use of Data within the "Digital Europe" pillar.

The DOCC-OFF project was developed over 2 years (November 2019 - October 2021) by a consortium made up of the Basque companies HINE and XABET, the Belgian technology center SIRRIS and the Basque Energy Cluster. DOCC-OFF was funded by the EC within the “European Maritimes and Fisheries Fund” Program (EMFF) of DG MARE. The final result of the project was the design of a system for predicting failures in the hydraulic pitch system of wind turbines, based on the capture and analysis of its operational data.

After two years, Hannover Messe, the largest industrial fair in Europe, held, once again, its usual face-to-face fair from May 30 to June 2 in Hannover, Germany. The EC had a stand at the exhibition space prepared and directed by the Directorate-General for the Internal Market, Industry, Entrepreneurship and SMEs (DG GROW), with the aim of presenting the EU's vision for European industry and how this vision is already is materializing in Europe. The stand had 3 stations focused on 3 pillars: Green, Digital and Resilient Europe, each of them divided into a series of subareas.

Each of these areas included one or more examples of projects or companies financed by the EU. From the executive agency CINEA (European Climate, Infrastructure and Environment Executive Agency) DOCC-OFF project was invited to participate in representation of the pillar "Digital". 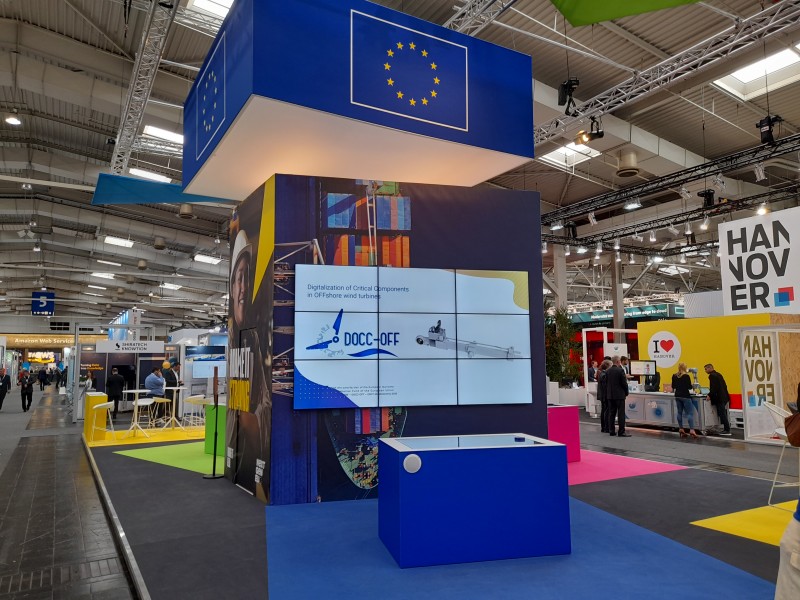