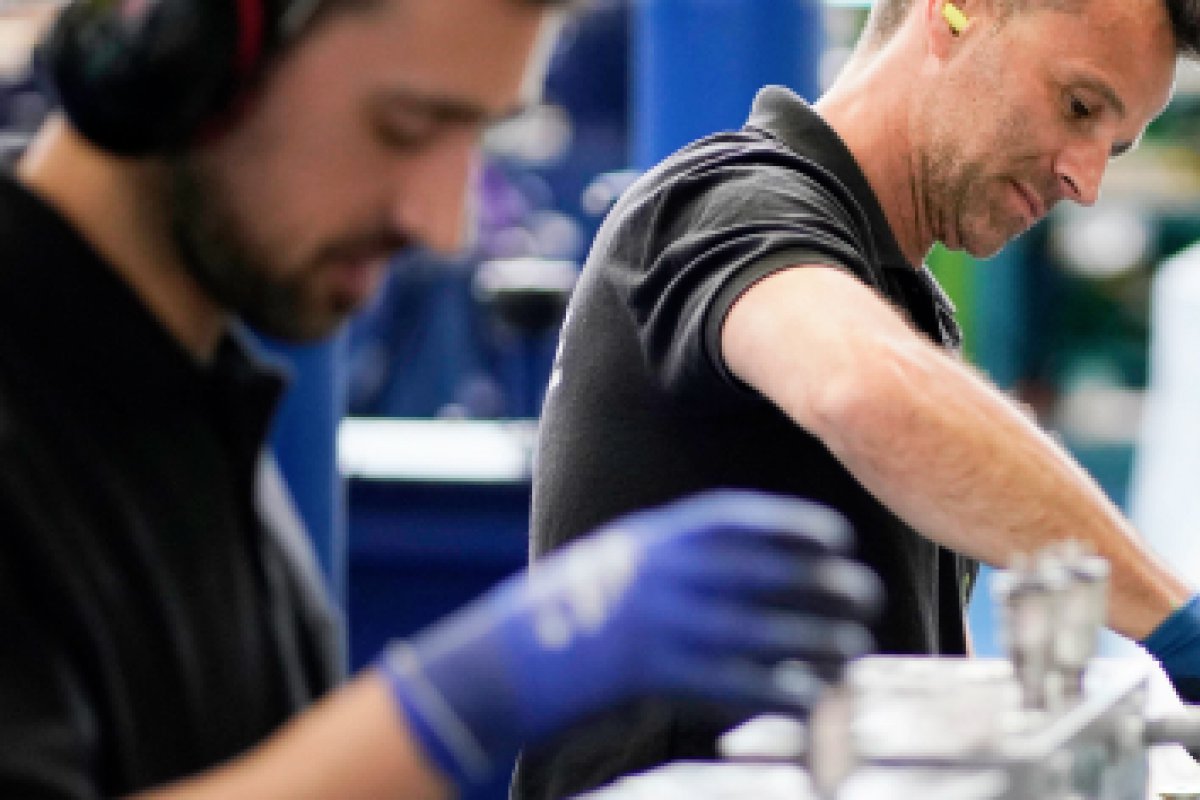 The European project “Digitalization Of Critical Components in OFFshore wind turbines” (lead by the Basque Energy Cluster) aims to demonstrate the impact of sensing and remote monitoring in the optimization of the design, the increase of the performance and the reduction of maintenance costs of critical subsystems in offshore wind turbines. The project kicked off last 21st of January at HINE facilities in Olaberria and has a budget of €1M and it is financed by the European Union´s Maritime and Fisheries Fund.

The full name of the project is “Digitalization Of Critical Components in OFFshore wind turbines”. This project pursues to use the knowledge extracted from the operational data to improve the designs of the wind turbine components, increasing their reliability, productivity, energy efficiency and understanding the interaction with other components under real operating conditions.

The main challenge of DOCC-OFF will be to validate and to demonstrate the sensors, remote monitoring systems and big data analytics tools that will allow to obtain data from the pitch system, which is the technology used to operate and control the angle of the blades in a wind turbine.

The results will have a relevant impact on the improvement of competitiveness of the DOCC-OFF partners (but also of other companies along the offshore wind value chain), making offshore wind a competitive technology between other power generation alternatives traduced into OPEX and CAPEX reductions.

Wind turbine components manufacturers have already started to implement sensors and data collection systems in the wind turbines they are providing and installing. However, efficient proven concepts have not been demonstrated yet, due to a technological gap: significant technology validation is still needed to achieve new products and services ready for commercialization. Sensors and remote monitoring systems are yet to be extensively implemented in offshore energy generation facilities, as they currently provide little information that may be used in advance to any incident. Most problems are found out once they occur, causing high losses.

Regarding the components to be monitored in an offshore wind turbine, the challenges are quite diverse and mostly seen relating to: design of electrical infrastructure, structural design and material choice for aggressive environmental and seasonal conditions, site assessment and optimal set-up, substructures, installation methods, logistics, technical service access, operations & maintenance, etc.

All these aspects have their importance in component reliability and resulting downtimes in wind farm operation. In the DOCC-OFF project, the pitch system (and its different components) has been identified as one of the most critical components on a wind turbine, from the point of view of the failure rates and the performance rates reduction resulting from these failures.

Therefore, DOCC-OFF focuses on addressing the technology gap in the pitch system digitalization and the real data availability for a reliable validation and demonstration process.

DOCC-OFF is formed by a consortium of 4 partners from 2 regions that are committed to develop the demonstration project in collaboration. The 4 partners are the following: